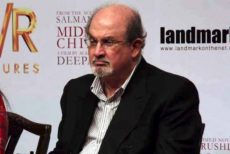 New York | Author and creative freedom activist Salman Rushdie was on a ventilator fighting for his life on Saturday and his literary agent said: “The news is not good.” Rushdie, 75, who has a multimillion-dollar bounty, was stabbed several times while getting ready to speak at a discussion on the US as “a home for […]

New York | Author Salman Rushdie, who was stabbed at a literary event in New York state, is currently on a ventilator and unable to speak, according to his agent. In a statement late Friday night, Rushdie’s agent Andrew Wylie said: “The news is not good… Salman will likely lose one eye; the nerves in his […]

New York | Controversial author Salman Rushdie, whose ‘The Satanic Verses’ led to death threats against him for blasphemy, was attacked while participating in an event in New York state, media reports said. His condition was not known. India-born Rushdie, 75, was speaking at an event of the Chautauqua Institution when a man ran onto the […] 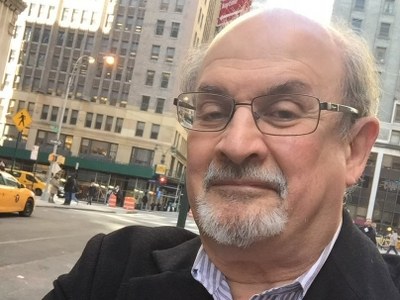 Cartagena (Colombia), Jan 28 : Indian-born British author Salman Rushdie has said his book “The Golden House” predicted the election of US President Donald Trump although he was sure of Hillary Clinton winning. Rushdie, winner of the Hans Christian Andersen prize in 2013, was participating in a discussion with Colombian author Juan Gabriel Vasquez in the […]