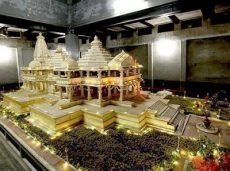 Ayodhya | Exactly two years after Prime Minister Narendra Modi laid the foundation stone for the Ram Temple in Ayodhya, 40 per cent of the temple construction work is complete, according to engineers at the construction site. The first floor of the temple is expected to be ready by early 2024. “This is a plinth construction, […] 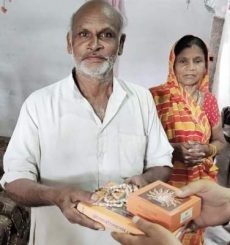 Ayodhya: The first prasad from the grand ‘Bhumi Pujan’ ceremony of the Ram Janmabhoomi temple in Ayodhya, has been given to a Dalit family. The family is Mahabir’s, and they were given ‘prasad’ along with a copy of Ram Charit Manas and a ‘Tulsi mala’. It was only after that the distribution of the prasad […] 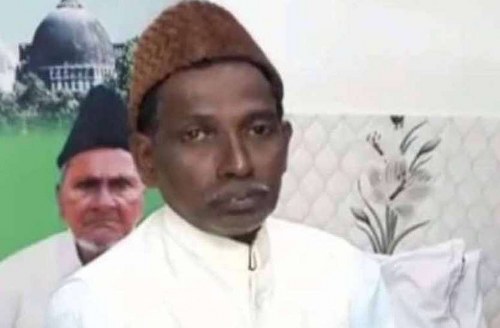 Ayodhya: Almost nine months after the Supreme Court delivered its verdict in favour of the Ram temple, for which the ‘Bhumi Pujan’ is being held on Wednesday, the main litigant for the Babri Masjid says that there is no ‘Mandir-Masjid’ dispute now. Speaking to IANS exclusively, Iqbal Ansari asserted: “Now, no dispute is remaining after the […]

New Delhi: The date August 5 will down in history as a momentous occasion when Prime Minister Narednra Modi reached the Ram Janmabhoomi site in Ayodhya to set the construction of the grand Ram temple in motion, a reality that was the political and socio-religious dream of not just the BJP, but a vast section of […]

Ayodhya: Apart from heavy security in Ayodhya for the Bhumi Pujan programme of the Ram temple, special provisions have been made for the safety of Prime Minister Narendra Modi from the coronavirus pandemic with a selected force of 150 young, Covid-free policemen forming the inner cordon of his protection. Over 300 young policemen who are fit […]

Ayodhya: Prime Minister Narendra Modi arrived in Ayodhya on Wednesday for the ‘bhumi pujan’ ceremony of the grand Ram temple. On his arrival, the Prime Minister first offered his prayers at the 10th century Hanuman Garhi temple, where he offered ‘aarti’ and made a ‘parikrama’ of the holy shrine. On the occasion, Gaddinsheen Premdas Maharaj, the […] 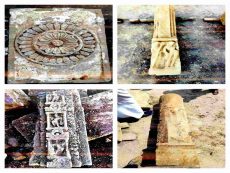 Ayodhya: The Shri Ram Janmabhoomi Teerth Kshetra Trust, which has been set up to oversee the construction of a grand Ram temple in Ayodhya, has tweeted that several broken statues of Hindu gods and goddesses have been found at the temple site where levelling operations are underway. “During the excavation, a 5-ft Shivling, pillars and […]

New Delhi: Now that the Supreme Court has cleared decks for temple in Ayodhya, the Ram Janambhoomi Nyas along with the help from VHP will like to start its construction at the earliest. Though, the VHP has toyed with many maps of the Ram Temple, as it conceived over the years; but there’s a blueprint based […]

New Delhi: With less than a month before the Supreme Court verdict on the Ayodhya title dispute, the Vishwa Hindu Parishad has given a time frame as to when Ram Temple’s construction can begin. In an interview to IANS, its International Working President Alok Kumar said that in the next six to eight months, the […]