New Delhi:  The Supreme Court on Monday issued a show cause notice to the West Bengal government in connection with a contempt plea filed over the delay in release from jail, BJP youth leader Priyanka Sharma, who was arrested for allegedly posting on the social media a meme on Chief Minister Mamata Banerjee. The state […] 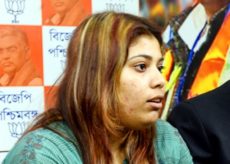 Kolkata: BJP Yuva Morcha leader Priyanka Sharma at a press conference in Kolkata, on May 16, 2019. On Tuesday, the Supreme Court granted bail to Sharma, who was arrested on May 10 for a meme on West Bengal Chief Minister Mamata Banerjee, adding that she should apologize in writing upon her release for posting the morphed picture of the Trinamool Congress supremo. (Photo: IANS) 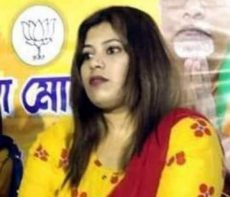 New Delhi: The Supreme Court on Wednesday pulled up the West Bengal government over the delay in the release of BJP Yuva Morcha leader Priyanka Sharma from jail despite its order for her “immediate release”. On Tuesday, the apex court granted bail to Sharma, who was arrested on May 10 for a meme on West Bengal […]