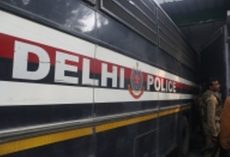 New Delhi:  The Delhi Police on Monday said it had arrested a man for raping and killing a seven-year-old girl in the Narela area. The girl had gone missing on June 14 and on June 16 her body was found in a sewage water plant in Swarn Jayanti Vihar area. The accused has been identified […]