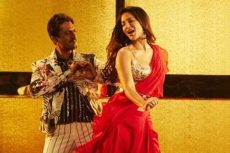 Mumbai: Actress Sunny Leone says she was surprised with actor Nawazuddin Siddiqui’s dancing skills while working on the song “Battiyan bujhaado”. The song will feature in Nawazuddin’s upcoming “Motichoor Chaknachoor”. It is composed by Ramji Gulati, who also sings the song with Jyotica Tangri. “I was hooked to the soundtrack from the very first time […] Mumbai: The trailer of “Motichoor Chaknachoor”, featuring Nawazuddin Siddiqui and Athiya Shetty, is out, and it promises hilarious entertainment is in store. The film is billed as a quirky wedding comedy and touted to be a one-of-a-kind family entertainer. Directed by Debamitra Biswal, the film is produced by Kiren Javeri Bhatia under the banner ‘Woodpecker […]