Lucknow: A day after a BJP MLA alleged that he was being harassed by officials in the Yogi government and caused embarrassment to the ruling party, another BJP MLA put up a post on his Facebook page asking whether legislators should also form their own union. Shyam Prakash, BJP MLA from Hardoi, wrote on his […] 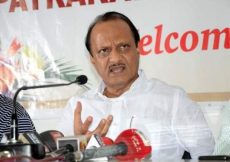 Mumbai/Pune: Upset by the Enforcement Directorate (ED) case lodged against him, Nationalist Congress Party leader and former two-time Deputy Chief Minister Ajit Pawar has quit as MLA from Baramati, party President Sharad Pawar said here late on Friday. “I was not aware of his decision. He is a fighter and a blunt speaker who will […]

Mumbai: In a fresh jolt to the Nationalist Congress Party, former Deputy Chief Minister Ajit Pawar on Friday quit as the MLA from Baramati, party sources said here. No reasons are given for the abrupt step by Pawar, who was named – along with his uncle and NCP President Sharad Pawar – by the Enforcement […]

Bareilly:  The controversy over BJP MLAs daughter Sakshi’s marriage to a Dalit youth Ajitesh Kumar has apparently taken a new turn with the priest of the Ram Janki temple denying that he had solemnized the marriage. The marriage certificate posted by the couple on the social media shows that the marriage was solemnized at the […]

Hyderabad:  Twelve Congress MLAs in Telangana on Thursday urged the state Assembly Speaker to merge Congress Legislature Party (CLP) with the ruling Telangana Rashtra Samithi (TRS). The group of 12 members of Assembly belonging to the main opposition Congress called on Speaker P. Srinivas Reddy and submitted him a letter, seeking CLP’s merger with the […] 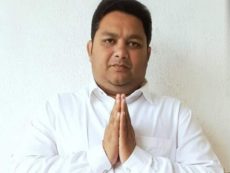 Bhubaneswar:  Newly-elected Biju Janata Dal (BJD) legislator from Patnagarh in Odisha has courted controversy by forcing a government official to do sit-ups as punishment for alleged poor quality of road construction in his constituency. A video clip of Saroj Kumar Meher forcing a junior engineer of the Public Works Department (PWD) of Belpada block to […]

Ahmedabad:  Hours after getting him to issue an apology, the Gujarat BJP on Monday slapped a showcause notice on its Ahmedabad legislator Balram Thawani for kicking a woman and asked him to explain why disciplinary action should not be taken against him. Even as the Naroda MLA, who was caught on camera roughing up and […]

Panaji: Panaji’s Congress MLA, Mayor and former Deputy Mayor were on Saturday booked for allegedly molesting a woman during an anti-encroachment drive outside a casino office in the state capital on Friday. Congress MLA Atanasio Monserrate has said that the drive happened in a public space and there was nothing untoward which occurred at the […] 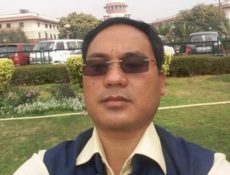 Shillong: At least seven persons, including the MLA of Khonsa West constituency Triong Aboh, were killed on Tuesday after suspected Naga militants fired at the vehicle they were travelling in. Police said the incident took place around 11.30 a.m. at Bogapani area in Tirap district of Arunachal Pradesh. Aboh, who had contested elections from Khonsa […]