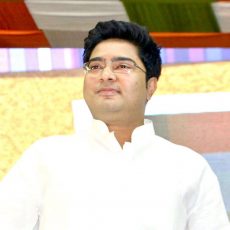 Kolkata: A team of the Central Bureau of Investigation (CBI) recorded the statement of Trinamool Congress MP Abhishek Banerjee’s sister-in-law Menka Gambhir in connection with its probe into the illegal coal smuggling case. According to CBI officials, an eight-member team of the CBI led by Investigation officer Umesh Kumar along with two women officers arrived at […]