Visakhapatnam: Five Maoists were killed in an exchange of fire with police near the Andhra Pradesh-Odisha border on Sunday, police said. According to police, the incident took place near Gummirevulu village in Gudem Kotha Veedhi block. The exchange of fire took place when personnel of anti-Maoist force, Greyhounds, and the Special Protection Force (SPF) came face […] 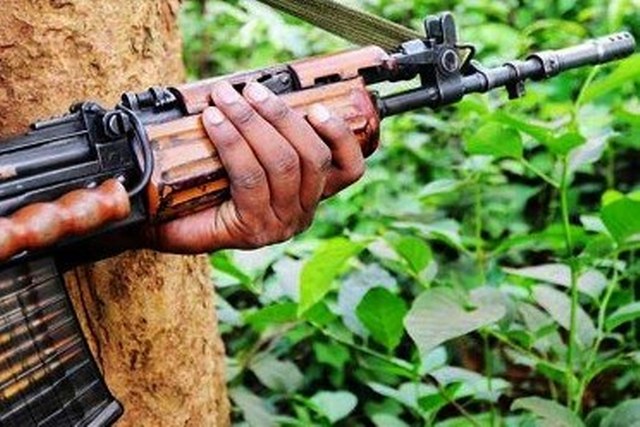 Sukma(Chhattisgarh): An account of a fortnight-old encounter that brought two siblings face-to-face during an anti-Maoist operation has come to light now. The cop brother and his Maoist sister exchanged fire before the latter escaped into the forests of the Maoist affected Sukma region in Chhatisgarh. The ‘Rakhi’ timing of the story released apparently at the instance […]

Dantewada : Eight Maoists have been arrested in Kirandul of Dantewada district in Chhattisgarh following an encounter between the members of the banned outfit and security forces, officials said on Friday. Dantewada Superintendent of Police Abhishek Pallav said at least 20-25 Maoists were involved in the encounter that took place on Thursday. A .303 rifle, […]

Ranchi :  A huge amount of explosives and weapons were recovered from a Maoist hideout in Jharkhand’s Palamau district on Friday, a police official said. Palamau Superintendent of Police Indrajeet Mahta said the discovery was made in Jagdishpur during a joint search operation carried out by teams of the state police and the Central Reserve […]

Raipur :  A Chhattisgarh policeman on Wednesday succumbed to his injuries here at a hospital, taking the toll to four in a Maoist ambush in Dantewada in which a Doordarshan cameraman and two policemen were also killed, police said. Rakesh Kaushal was injured in the attack that took place on Tuesday when a Doordarshan crew […]

Dantewada (Chhattisgarh) :  A Maoist, who surrendered four days ago, was stabbed to death by a member of his former group here early on Wednesday. The incident took place in Cholnar village at 4.30 a.m. The deceased was identified as Podia Wadde, 55, who was a part of the recruitment wing of the insurgent group. […]

New Delhi/Ranchi :  The NIA on Wednesday said it has arrested a member of a banned Maoist organisation during its ongoing probe into seizure of over 1,100 Aadhaar cards and arms in March. A National Investigation Agency spokesperson in Delhi said that the central agency has arrested Jharilal Mahto, a member of the Communist Party […]

New Delhi :  The central government has set up multi-disciplinary groups to choke the flow of funds to the Maoist insurgents, estimated to be crores of rupees annually, an official source said on Tuesday. The Home Ministry has formed groups comprising officers from the Intelligence Bureau, National Investigation Agency, Central Bureau of Investigation, Enforcement Directorate, […]