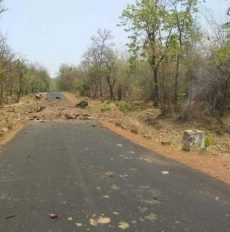 Mumbai:  The Maharashtra Government on Friday announced action against a sub-divisional police officer in the state’s Gadchiroli who allegedly flouted procedures which led to the May 1 Maoist attack in which 15 security personnel were killed. Minister of State for Home Deepak Kesarkar announced in the Legislative Council that Kurkheda SDPO Shailesh Kale will be […]