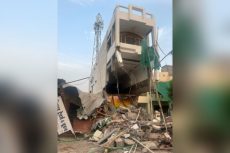 Bhopal | Of the several houses demolished by the Madhya Pradesh government in Khargone district to punish those responsible for the Ram Navami violence, one was built under the Pradhan Mantri Awas Yojana (PMAY). Hasina Fakhroo, the house owner had received an amount of Rs 2.5 lakh from the government under PMAY and the building was […] 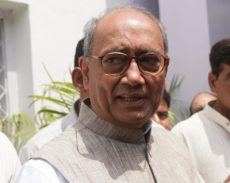 Bhopal | An FIR has been registered against senior Congress leader and Rajya Sabha MP Digvijaya Singh for sharing a photograph related to Khargone communal violence in Madhya Pradesh which later allegedly turned out to be fake. The FIR against Singh was registered at a Bhopal police station on the basis of a complaint lodged by […]

New Delhi: Khargone city in Madhya Pradesh was the hottest place in the country on Friday with the mercury rising to 44.5 degrees Celsius while Delhi recorded 36.9 degrees Celsius, almost five notches above the season’s average — the reason being warmer air being brought by westerly winds. On Thursday, Barmer in Rajasthan was tagged […]