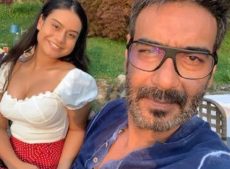 Mumbai: Actor Ajay Devgn took to social media and shared a special wish for daughter Nysa on her 17th birthday, and soon fans of Devgn and his wife, actress Kajol, were wishing the teenage girl, too. As a result, Nysa became a trending topic on Twitter all through Monday morning. The actor shared a photo […]

Mumbai: Kajol, Karan Johar, Shruti Haasan, Manisha Malhotra, Pulkit Samrat, Sonali Bendre, Mukta Barve and Neena Kulkarni were among celebrities spotted at a special screening of the short film “Devi” in the city. The short film is a suspense drama featuring Kajol and Shruti Haasan in their debut digital project. The film directed by debutant […]

Mumbai: Actor-producer Ajay Devgn’s “Tanhaji: The Unsung Warrior” has entered the Rs 200 crore club. Devgn’s wife Kajol, who also features in the film, took to Instagram on Saturday morning to express her excitement and thanked the audience for their continued love and support. “Thank you for 200 crores people …. waiting with my hands […] 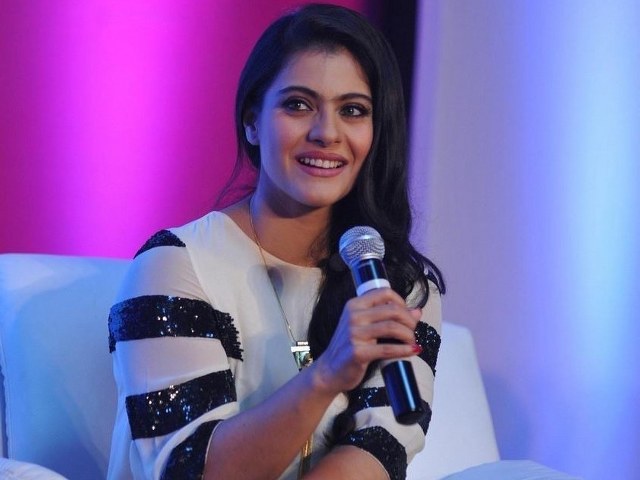 Mumbai: Actress Kajol has opened up about suffering from a miscarriage during the release of her 2001 movie “Kabhi Khushi Kabhie Gham” (“K3G”). She shared about the unfortunate incident while interacting with Humans of Bombay. She also shared their post on Instagram. Talking about her miscarriage, Kajol recalled: “I was pregnant during ‘K3G’, but had a […]

Mumbai: As her iconic movie “Dilwale Dulhania Le Jayenge” completed 24 years, Kajol took to Instagram to celebrate the occasion.     In a video shared by the actress, she can be seen sitting beside a flower vase in a corner of a room wearing specs and reading a book with her hair let loose. […] 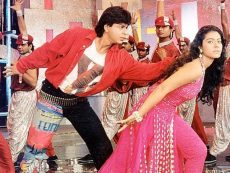 Mumbai: Celebrity interior designer Gauri Khan on Thursday shared a still of actors Shah Rukh Khan and Kajol from their song “Ye kaali kaali aankhen”, revealing that she designed her husband’s look for the hit track. “Can’t believe I designed this look in the 90s … Those jeans, legwarmer tee, bullet belt and a red […] 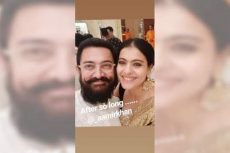 Mumbai: Bollywood stars Kajol and Aamir Khan were thrilled to meet “after so long” at industrialist Mukesh Ambani’s Ganesh Chaturthi celebrations in his Mumbai home, Antilia. Kajol shared a selfie with Aamir Khan on Instagram. “After so long,” she captioned the image. While Aamir turned up in white kurta-pyjama, Kajol wore a black-and-gold sari. Aamir […]

Mumbai:  Actress Kajol on Thursday shared a throwback photograph of herself from the sets of her 1997 film “Ishq” and posed a question to her friends Shah Rukh Khan, Aamir Khan, Juhi Chawla and her husband Ajay Devgn. In the still, Kajol can be seen applying a lip liner as her make-up artist holds the […] 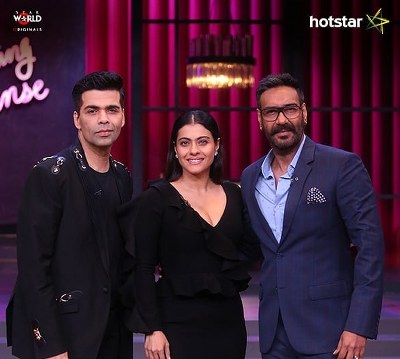 Kajol and Karan Johar are besties and Devgn wanted to be no part of his wife’s friends’circle. Kajol was fine with that. This was one of the ‘true confessions’ that emerged from the hour-long tete-a-tete with the couple in this week’s episode of Koffee With Karan..Kajol, God bless her ebullient soul, threatened to take over […]