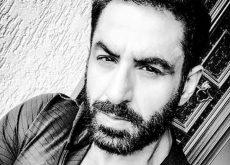 Mumbai: Television actor Sachin Kumar, who featured in Ekta Kapoor’s popular television soap “Kahaani Ghar Ghar Kii”, passed away after suffering a heart attack in his sleep on Friday. Sachin, who was also seen in the television show “Lajja”, had moved away from acting after a short stint to pursue photography. In a short time, […]