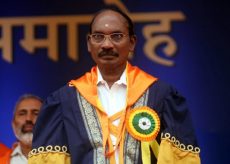 New Delhi:  The Indian Space Research Organisation (ISRO) will do everything to demonstrate soft landing of its satellite on Moon, its Chairman K. Sivan said here on Saturday, nearly two months after such an attempt of Chandrayaan-2 failed. Sivan, who had become emotional after the Chandrayaan-2 landing failed on September 7, said that ISRO is […]