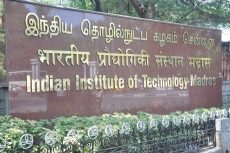 New Delhi | The Indian Institute of Technology (IIT) Madras has been ranked first in the National Institutional Ranking Framework (NIRF), a ranking by the Ministry of Education, for the third year in a row. The Indian Institute of Science Bangalore has got the second position. IIT Bombay is at number three, while IIT Delhi has […] 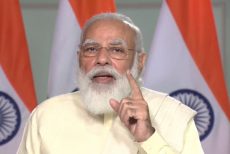 New Delhi: A pilot working with SpiceJet airlines had a horrid time after around 10 men allegedly robbed him at gunpoint, taking away his wallet which had Rs 10,000 in it after stopping his car while he was on his way to the airport. Yuvraj Tewatia, the SpiceJet pilot, was heading towards the IGI Airport […]

New Delhi:  With increasing demand for face masks to contain transmission of deadly COVID-19 virus, an IIT-Delhi startup has launched an antimicrobial and washable face mask that can be reused upto 50 launderings. The startup named Nanosafe Solutions has developed “NSafe”, which the team claims can reduce cost of using mask effectively. The mask is […]

New Delhi: Union Human Resource Development Minister Ramesh Pokhriyal ‘Nishank’ on Friday felicitated a team of scientists from IIT Delhi involved in the development of a COVID real-time PCR diagnostic kit. The Minister appreciated the efforts of IIT-Delhi in developing the low-cost kit for the people of India. “Prime Minister Narendra Modi has invited scientists, […] 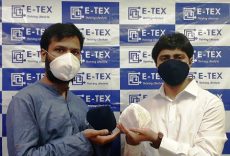 New Delhi: Amid rising demand for N95 masks, an IIT-Delhi startup has developed an indigenous and cheaper solution. According to an IIT-Delhi statement, the ‘Kawach’ mask is at par with the N95 mask in effectiveness, but costs just Rs 45 a piece. “The cost of N95 mask used for protection against Covid-19 in India is […]

New Delhi: Leading Indian Institutes of Technology campuses including the IIT-Bombay and IIT-Delhi will not be participating in any of the Times Higher Education (THE) – World University Rankings this year, a statement by IIT Delhi said. According to the statement, these IITs may participate in the ranking next year if Times Higher Education is […]

New Delhi: Even as the Prime Minister Narendra Modi appealed to people not panic following coronavirus scare, the Indian Institute of Technology Delhi on Friday asked its students to leave the hostel rooms till March 31 with the exception of foreign students and PhD scholars. The rooms have to be vacated by Sunday night. According to […]

New Delhi: Indian Institute of Delhi (IIT-D) will conduct the Joint Entrance Examination (JEE-Advanced) for 2020 for admissions in all the 23 IITs on May 17, 2020. In a meeting of IIT Joint Admission Board (JAB) held on Sunday it was decided to hold the JEE (Advanced) 2020 for the first time in the US […]