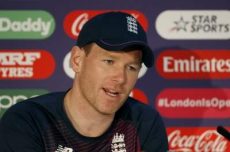 London: England captain Eoin Morgan admitted that he is troubled with the way the 2019 World Cup ended. England and New Zealand played out a match that was tied twice — first in regular play and then in the Super Over — and Morgan’s side won the title on the basis of their superior tally of […] 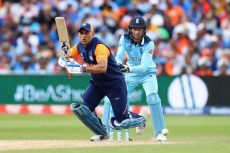 Birmingham: Wicketkeeper-batsman M.S. Dhoni once again found himself at the receiving end for his lack of intent during India’s first defeat in the ongoing World Cup as they lost to England by 31 runs at Edgbaston. Chasing 337 on Sunday, India could manage 306/5 in their full quota of 50 overs with Dhoni and Kedar Jadhav […] 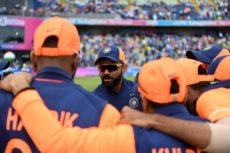 New Delhi: Former Jammu and Kashmir Chief Minister Mehbooba Mufti feels it is the change in jersey of the Indian team which ended their winning streak in the ongoing World Cup. The Indian team had sported a new ‘away jersey’ — which has splattering of orange on the shoulders and the back — in their Sunday […]

The last time when India and England had clashed during World Cup in 2011, the result was a tie. The match was played in February 2011 in Bengaluru. Both the teams had scored 338 runs each in their respective innings. In this match, both Sachin Tendulkar and Andrew Strauss had hit a century each. The […]