New Delhi: On the occasion of Hrithik Roshan’s 46th birthday, his mother Pinkie Roshan shared pictures of the day when he underwent a brain surgery on her Instagram handle. She also shared several unseen pictures of Hrithik’s surgery, which was conducted in 2013 to remove a blood clot. Pinkie Roshan captioned the images: “#Today I […]

Mumbai: Actress Deepika Padukone recently had a fan moment when Bollywood’s Greek God Hrithik Roshan fed her a chocolate cake with his hands. Earlier this month, Deepika had praised Hrithik for his performance in “War”, comparing him to a popular dessert ‘death by chocolate’. “Hrithik in ‘War’ is like Death by Chocolate from Corner House!…Just […] 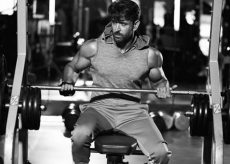 New Delhi: Bollywood superstar Hrithik Roshan has been named the Sexiest Asian Man in the world for 2019, and also of the last decade, a media report said. He topped UK-based Eastern Eye newspaper’s 16th edition of the world-famous list published annually. Hrithik, famous for his Greek God looks, is an acclaimed actor who has starred […] 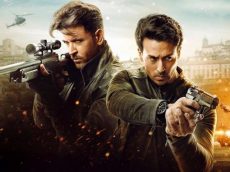 Mumbai: Hrithik Roshan and Tiger Shroff starrer “War” has raked in Rs 216.50 crores in just a week since release. “It is a hugely incredible moment for all of us that ‘War’ has raced past the 200 crore mark in just 7 days. We are deeply humbled by the love of audiences and are truly […]

Mumbai: Filmmaker Rakesh Roshan has praised his son Hrithik Roshan and Jackie Shroffs son Tiger Shroff, saying that they have performed really well in “War”. He is also happy with the fact that the Hindi film industry has made an action-thriller film which is at par with Hollywood films. Rakesh Roshan was interacting with the […]

Mumbai: He is considered one of the most attractive male celebrities in India. He has bagged titles like ‘Sexiest Asian Man’, ‘Hottest man on planet’ and of course Bollywood’s ‘Greek God over the years. But what’s the secret behind his chiseled physique? Sharing his fitness regime, Hrithik Roshan told IANS: “Fitness for me is more about […] 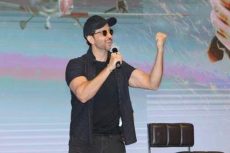 Mumbai: Actor Hrithik Roshan says the back-to-back success of “Super 30” and “War” encourages him to set his benchmark higher. “I would like to say, thank you very much. I think I am fortunate that I have done films that have empowered me. I felt so much love and passion for both the films. After […]

Mumbai: Hrithik Roshan and Tiger Shroff’s new action thriller “War” has broken all box-office records on day one, collecting Rs 53.35 crore, and the two stars have expressed joy and thanked fans. The first-day collection of “War”, when it opened on the occasion of Gandhi Jayanti on October 2, makes it the biggest all-time holiday […]

Mumbai: Actor Hrithik Roshan, who is often called the “Greek god of Bollywood” has made a stunning revelation. He admits having received over 30,000 marriage proposals after the release of his debut film “Kaho Naa… Pyaar Hai” in 2000. The Bollywood hunk, who had married his then-childhood sweetheart Sussanne Khan, made the revelation on “The Kapil […]

Mumbai: Actors Hrithik Roshan and Tiger Shroff will not be promoting their upcoming actioner “War” as the makers want to translate the “on-screen rivalry into an off-screen conversation point”. Director Siddharth Anand said: “‘War’ pitches two of the biggest action superstars in this huge showdown and we want audiences to see Hrithik and Tiger together, […]