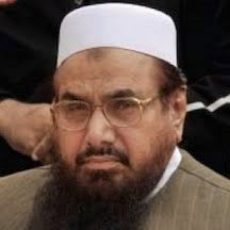 Islamabad: A Pakistani anti-terrorism court has sentenced Hafiz Saeed, the leader of the banned Jamaat-ud-Dawa (JuD), mastermind of the 26/11 Mumbai terror attack, to more than 15 years in prison after he was convicted in another case, a media report said on Friday. Verdicts of three cases against Saeed, who been behind bars since last year, […] 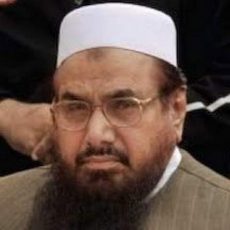 Lahore: An anti-terrorism court in Punjab province has awarded 10-year imprisonment to Jamat-ud-Dawa (JUD) chief Hafiz Saeed and other top leaders of the organisation in at least two cases related to terror-financing. As per the court order, the authorities have been directed to confiscate the properties of Hafiz Saeed along with the imposition of Rs 10,000 […] 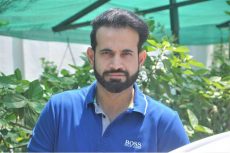 New Delhi: Former India fast bowler Irfan Pathan on Thursday slammed a Twitter user for saying he is “not hiding his ambitions to become the next Hafiz Saeed,” referring to the leader of the terrorist organisation Jamat-ud-Dawa (JUD). Pathan has been outspoken on topics on religious harmony in the country in recent months and this […]

New Delhi/Islamabad: Just ahead of the FATF review, founder and patron of the banned terror outfit Lashkar-e-Taiba, Hafiz Saeed, was convicted in terror funding cases and sent to jail for five-and-a-half years by a Pakistani court on Wednesday. Sources in Pakistan said the mastermind of Mumbai terror attacks was sentenced to five-and-a-half years and imposed a […]

Islamabad: Hafiz Saeed, the mastermind of the 26/11 Mumbai terror attack in which more than 160 died in 2008, was indicted on Wednesday by an anti-terrorism court in Lahore. Saeed, the chief of the proscribed Jamaat ud Dawa (JuD) was indicted along with other JuD leaders, who were booked in July for offences pertaining to terror […]

Islamabad: Pakistan has “not taken sufficient measures to fully implement” its UNSC Resolution 1267 obligations against all listed individuals and entities, especially those associated with Lashkar-e-Taiba (LeT)/Jamaat-ud-Dawa (JuD), and Falah-i-Insaniat Foundation (FIF) as well as the group’s leader Hafiz Saeed, the FATF’s Asia Pacific Group says in a detailed damning report on Pakistan’s half-hearted measures […]

New York: The UN Security Council (UNSC) has allowed Jamaat-ud-Dawa (JuD) chief and the 2008 Mumbai attack mastermind Hafiz Saeed access to his bank account, which had been frozen because of the world body’s sanctions, after Pakistan made a plea on his behalf. Saeed’s assets had been frozen after the UNSC sanctioned him under Resolution […]