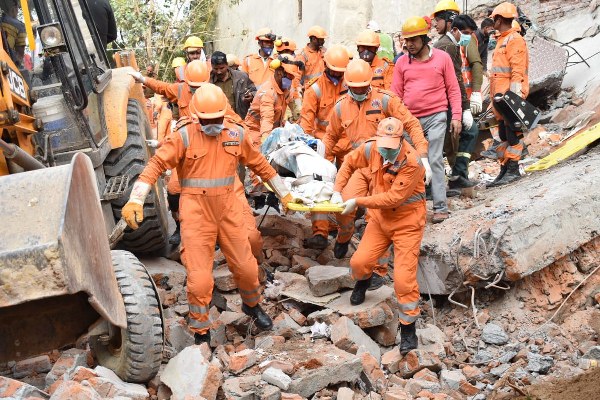 Gurugram :  At least six persons were killed when a four-storey building under construction here collapsed early on Thursday, authorities said. The bodies of the men aged between 30 and 40 were recovered from the first floor of the collapsed building, Gurugram’s Chief Fire Officer I.S. Kashyap told IANS. He said three victims had been […] 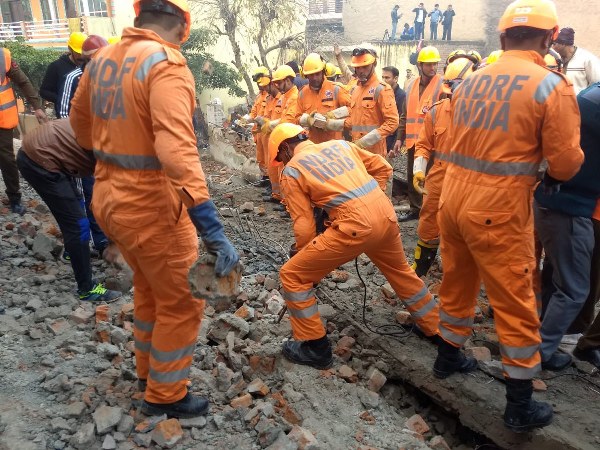 Gurugram | An under-construction four storey building collapsed early on Thursday here in Haryana trapping as many as seven people, Chief Fire Officer said. Rescue operations are on. The incident occurred in Ullawas village. The Fire Department received a call at 5.15 a.m. “State Disaster Response Force (SDRF) and Border Security Force (BSF), from its nearby […]

Gurugram | An under-construction four storey building collapsed early on Thursday here in Haryana trapping as many as 20 people, police said. The incident occurred in Ullawas village. “The building belongs to a person named Dayaram. Around 20 people, mostly security guards employed and deployed in the nearby sectors were living there on rent,” a […]