New Delhi: The Delhi High Court has refused to grant stay on the streaming of the film, “Gunjan Saxena: The Kargil Girl”, starring Janhvi Kapoor. A single judge bench presided by Justice Rajiv Shakdhar deliberated on a petition filed by the Central government and the Indian Air Force, claiming that the film is showing IAF […] 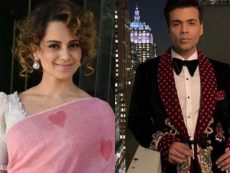 Mumbai: Actress Kangana Ranaut on Tuesday requested the government to take back the Padma Shri honour that has been conferred on filmmaker Karan Johar. On the actress’s verified account, @KanganaTeam, she re-shared a post related to Johar’s latest production “Gunjan Saxena: The Kargil Girl”. The tweet was in reference to Flight Lieutenant Srividya Rajan, who […] 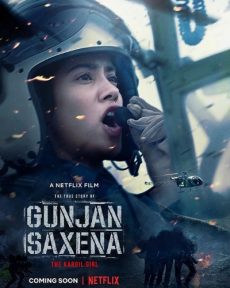 Mumbai: A hashtag claiming Karan Johar has insulted the Indian Air Force has been trending on Twitter all of Thursday. Netizens trolled the filmmaker for the gender bias portrayed in his latest production venture, “Gunjan Saxena: The Kargil Girl”. “It said that the @karanjohar’s @DharmaMovies was informed by IAF about the objectionable portion of the […]

New Delhi: The Indian Air Force has written a letter to Dharma Productions, Netflix and the Central Board of Film Certification (CBFC), raising objections over inaccurate presentation of gender bias in the movie ‘Gunjan Saxena: The Kargil Girl’ which it said portrays the IAF in a bad light. The movie was released on Wednesday on […]