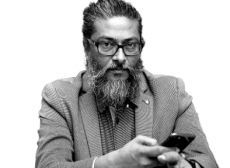 New Delhi: Director HE Amjad Khan’s film “Gul Makai”, based on Pakistani education activist and Nobel laureate Malala Yousafzai is set to release soon, and the filmmaker has received a fatwa from a Noida-based Muslim cleric for disrespecting the Quran. Khan shared that he has been getting many death threats since he started the film, and […]