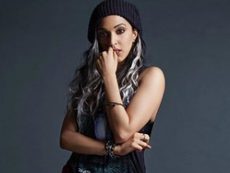 Mumbai:  Actress Kiara Advani, who is currently taking the box office by storm with her recent release “Kabir Singh”, is gearing up for a film with filmmaker Karan Johar titled “Guilty” in which she is all “hipster and forceful”. Karan, who had earlier worked with Kiara for a segment in the Netflix anthology film “Lust […]