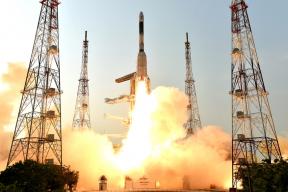 Bengaluru :  Indian space agency ISRO will launch GSAT-32 satellite in October 2019 to replace GSAT-6A which stopped communicating a few days after its launch on March 29, an official said on Sunday. “We have not been able to establish a link with GSAT-6A satellite so far. Even as we are continuously monitoring the satellite, […]