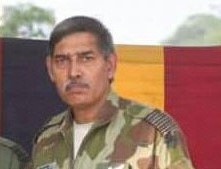 Updated at 13:46 IST New Delhi :  Delhi Police on Friday said it has arrested Indian Air Force (IAF) Group Captain Arun Marwaha on charges of espionage for passing secret information to Pakistan’s Inter-Services Intelligence (ISI) agency. “He was arrested on Wednesday after a case was registered against him under the Official Secrets Act (OSA),” Delhi […]