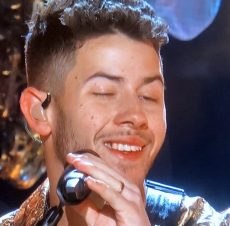 New Delhi: Priyanka Chopra’s husband and pop star Nick Jonas was trolled on Twitter by users who claimed he had spinach stuck in his teeth during his Grammy performance. At the Grammys, the Jonas Brothers — Kevin, Joe and Nick — sang a new song, “Five more minutes”, as well as “What a man gotta […]