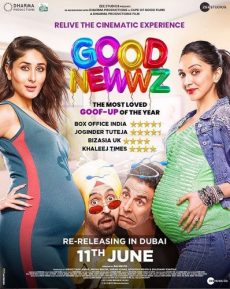 Mumbai: The Akshay Kumar-starrer “Good Newwz” and “Dream Girl” starring Ayushmann Khurrana will re-release in Dubai when theatres reopen, as initial steps towards regaining normalcy after the COVID-19 pandemic. The films are scheduled to open on June 11. “Dubai has always given so much love to me and my films. The re-release of ‘Good Newwz’ is […] 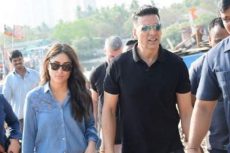 Mumbai: Actors Akshay Kumar and Kareena Kapoor Khan’s upcoming film which was earlier titled “Good News”, has got a slight change in its name. The film is now called “Good Newwz”. While wishing Akshay on his 52nd birthday on Monday, filmmaker Karan Johar, who is co-producing the film, brought the title change to fans’ notice […]