Panaji:  In a major coup, the BJP in Goa late on Wednesday engineered a split in the 15-member Congress legislature party and inducted the 10-member splinter group headed by the leader of opposition Chandrakant Kavlekar into the BJP. Kavlekar has blamed disunity among senior Congress leaders in Goa and lack of development in the Opposition […] 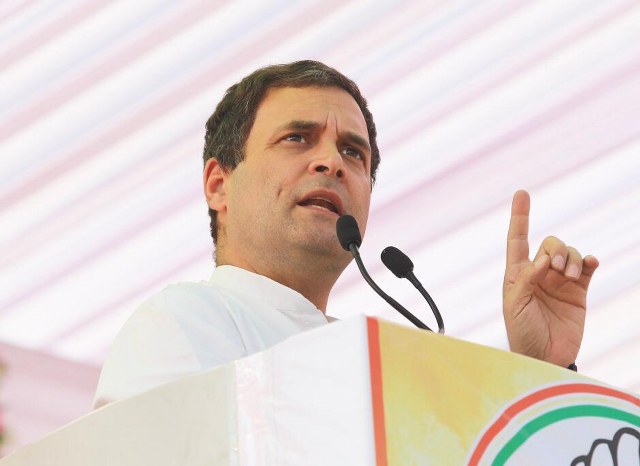 Panaji :  Congress President Rahul Gandhi on Saturday slammed the BJP for what he described as an orchestrated attack on his party workers at a demonstration organised here by the state BJP to protest against his allegations of irregularities in the Rafale fighter jet deal. In his message shared on Facebook, Gandhi also said that […]

Panaji :  A ‘Gandhigiri’ bid by Congress workers to placate BJP workers protesting on Friday against the Congress leadership’s strident attack over the Rafale deal went awry, after state BJP president Vinay Tendulkar allegedly flung a ‘thali of samosas’ and flowers, triggering commotion. An FIR and a counter FIR have been registered at the Panaji […] Panaji : Goa Congress President Girish Chodankar on Tuesday again raised the issue of the effect of the absence of Chief Minister Manohar Parrikar on the state’s governance, asking the ruling party to “compare notes with their Kerala counterparts”. His comments come a day after Kerala BJP President P.S. Sreedharan Pillai claimed a crisis in […]

Panaji, Jan 15 : The BJP is in turmoil following the press conference by the Supreme Court’s four senior judges last week and its measure can be gauged by Prime Minister’s chief aide’s hurried visit to the Chief Justice of India’s residence, a Congress leader said on Monday. “To what extent the BJP is responsible for […]