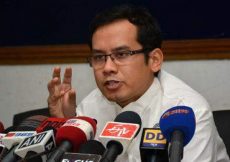 New Delhi: The Congress on Wednesday slammed the BJP over simultaneous polls, saying it was a “diversionary tactics” to divert people’s attention from real issues and accused the ruling party of remaining inconsistent on the issue. The Congress also said that party President Rahul Gandhi has written to the government over the party’s inability to […]