Maj Gen Akash Kaushik, Officiating GOC #FireandFuryCorps laid a wreath at #Leh War Memorial & paid homage to #Bravehearts who laid down their lives at #Galwan on 15 Jun 2020 while fighting for the #Nation (Photo: Twitter/ADGPI)

Srinagar | The Indian Army on Tuesday paid glowing tributes to its fallen soldiers at Galwan Valley on the first anniversary of their martyrdom while fighting the Chinese at the Line of Actual Control on June 15, 2020. Army’s Fire and Fury Corps paid homage to the martyrs of Galwan. In the face of unprecedented Chinese […] 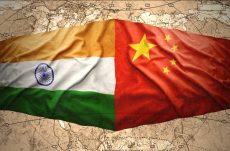 New Delhi | A year after the Galwan valley clash in eastern Ladakh, China is still sitting at the Line of Actual Control (LAC) while India has geared up for a long grind. Indian and Chinese military delegates have had 11 rounds of talks to resolve the border disputes at the friction points. The only thing […] 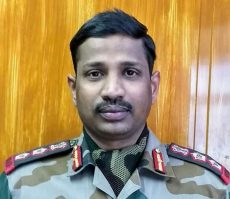 Hyderabad: Colonel B. Santosh Babu, who has been awarded Mahavir Chakra posthumously by the government on Monday, had laid down his life in the fight with Chinese troops in Ladakh. He hailed from Suryapet district of Telangana. State BJP chief Bandi Sanjay Kumar said the nation bows before his supreme sacrifice. “Acknowledging the valour of Col […]

New Delhi: The Indian Army on Thursday stated that the disengagement process at the Line of Actual Control (LAC) with China is intricate and “requires constant verification”. It also emphasised that India is taking the de-escalation process forward through “regular meetings at diplomatic and military level”. During a 15-hour long deliberation which started on Tuesday and […] 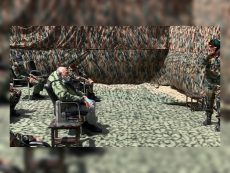 New Delhi: Prime Minister Narendra Modi arrived in Leh on Friday morning to review the situation 18 days after a violent faceoff in Galwan Valley in eastern Ladakh with the Chinese forces, in which 20 Indian soldiers lost their lives. Modi reached one of the forward locations in Nimu and has interacted with personnel of the […] 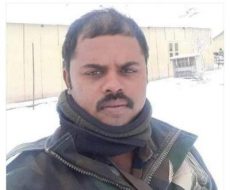 Chennai: The mortal remains of 40-year-old K.Palani, an Indian soldier who was killed by the Chinese soldiers on Monday night clash in Ladakh’s Galwan valley, was laid to rest at his native village in Ramanathapuram district on Thursday morning. Palani’s body was flown to Madurai on Wednesday night at about 11.30 p.m. At the Madurai airport […] 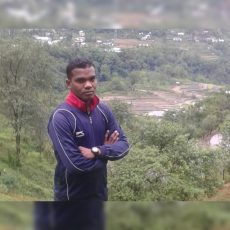 Raipur: Ganesh Ram Kunjam (27), one of the 20 Indian soldiers martyred in a clash with Chinese forces in Galwan Valley along the Line of Actual Control (LAC) in eastern Ladakh region, was all set to marry during his next visit to Gidhali village in Chhattisgarh’s Kanker district. His family members are in total shock […]

New Delhi: Indian Army troopers were outnumbered by 1:5 when they came under attack from the Chinese People’s Liberation Army soldiers at patrolling point number 14 in Galwan Valley on the Line of Actual Control in eastern Ladakh. “We were outnumbered,” admitted an Indian Army officer, talking about the clash on the ridge near the Galwan […]