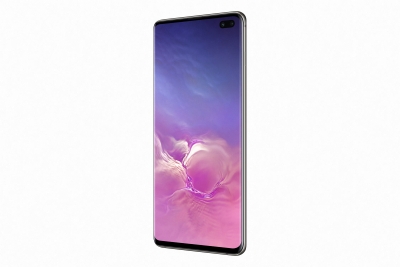 Seoul: Samsung has reportedly said it will roll out a security update to fix a major vulnerability that let unregistered fingerprints unlock the firm’s flagship Galaxy S10 as claimed by a British user, the media reported. The user named Lisa Neilson had installed a third-party, gel-based screen protector on her Galaxy S10, which apparently did […]

San Francisco: Apple iPhone 11 will reportedly come with the same OLED displays used for Samsung’s Galaxy S10 and Note 10. The move is likely to assist Samsung Display in a number of ways, including reducing the list of suppliers it uses to acquire materials, and buying more from a smaller supplier pool, Apple Insider […]

San Francisco:  Stepping up the rollout of the 5G smartphone in the global market, Samsung said its Galaxy S10 5G is now selling in the US markets to run on Verizon’s network in Chicago and Minneapolis. The South Korean giant launched its first 5G smartphone on home turf early in April and has introduced the […]

New Delhi: Samsung on Wednesday launched its 10th anniversary Galaxy S series — the Galaxy S10+, S10 and S10e — in India after unveiling the trio at an event in San Francisco last month. The smartphones bring the company’s new “Infinity-O” screen which is a tiny cut-out for the camera hole on top of the […]