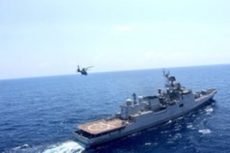 New Delhi: The Reliance Communications on Saturday rubbished a media report which claimed that taxes to the tune of 143.7 million euro were waived by the French authorities for a France-based company of Anil Ambani “just a few months” after Prime Minister Narendra Modi announced the decision to buy 36 Rafale fighters in 2015. The […]