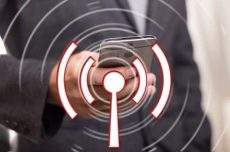 New Delhi: With fake videos emanating from Pakistan purporting to show human rights violations and violence in Kashmir in an effort to fan popular discontent in the region, the Ministry of Home Affairs said that internet services in the state are unlikely to be restored anytime soon. In view of Pakistan’s “intensified and insidious efforts via […] 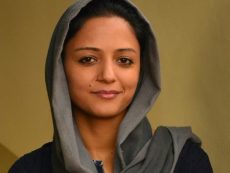 New Delhi: The Inter-Services Public Relations (ISPR), public relations wing of the Pakistan armed forces, is busy spreading fake news related to Kashmir and sow seeds of discord among security forces and fuel hatred among citizens in India. In a latest case, the Pak-based individuals broke into the Twitter account of an Indian Army officer […]

New Delhi (1 MIN READ):  As an information war broke out amid continued lockdown of Jammu and Kashmir following abrogation of Article 370 of the Constitution on August 5, fake news originating from the rumour mills in different places around the world including Pakistan have gone into overdrive to sow seeds of discord among security […]

New Delhi:  Veena Arora, a retired school principal in a small town of Uttar Pradesh, decided to use a smartphone in November last year for the first time at the cajoling of her children so that the family could stay together online even though they live in different cities. In no time, she joined WhatsApp […]

San Francisco: With elections happening around the world month after month, Facebook is kicking off a new collaborative process with outside experts to reduce the distribution of greater quantities of misinformation in a short span of time. “One promising idea we’ve been exploring would involve relying on groups of people who use Facebook to point […] 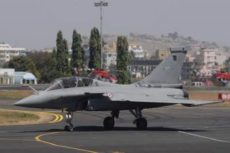 New Delhi:  France has denied reports that Pakistani pilots under an exchange programme with Qatar were being trained to fly Rafale fighter jets. “I can confirm that it is fake news,” tweeted French Ambassador to India Alexan Ziegler, putting to rest speculations that Pakistani pilots had got hands on the Rafales before they were inducted […]

New Delhi: Despite tall claims made by Facebook that it is removing 10 lakh fake accounts a day in India, a survey revealed on Tuesday that one in two Indians has received fake news in the last 30 days and Facebook and WhatsApp are the platforms which are being used excessively to misinform the users. […]

New Delhi: The Supreme Court on Monday declined to hear a PIL seeking the Centre frame rules to contain circulation and publication of fake news. The petition, filed by lawyer Anuja Kapur, was mentioned before Chief Justice Ranjan Gogoi, but he decided to hear another PIL that sought action against political parties, if their spokespersons and […]