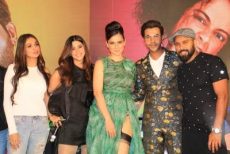 Mumbai: Members of the Entertainment Journalists’ Guild of India (EJGI) have collectively decided to boycott Kangana Ranaut and demanded a public apology following an ugly spat between the national award-winning actress and a journalist. The angry exchange took place late on Sunday during the song launch of upcoming film “Judgementall Hai Kya”, in the presence of […]