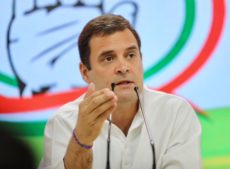 New Delhi:  The Congress on Monday dissolved all its district committees in Uttar Pradesh following the party’s dismal performance in Lok Sabha elections in the state and decided to set up a three-member panel to look into complaints of gross indiscipline during the election. IANS had on June 20 reported that the Congress was considering […]