New Delhi: As China’s commitment for disengagement at the border in Eastern Ladakh remains unsatisfactory, India has directed its armed forces to prepare for a long haul, sources said on Tuesday. The revelation came during a review meeting on Tuesday afternoon in the South Block as deliberation took place over the fifth round of Corps […] 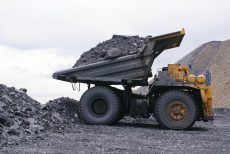 New Delhi: The government has restricted participation of companies from countries sharing a land border with India in the ongoing auction of coal mines for commercial extraction by the private sector. The Coal Ministry has issued a corrigendum to the tender document issued for commercial coal mining, bringing out the fact that though 100 per […]

New Delhi: Prospects of disengagement of troops at the disputed border between India and China appear to be dim and uphill. India claims that Chinese People’s Liberation Army troops have not moved back as per the agreed consensus arrived at during the disengagement talks between both countries. China claims that disengagement in most friction points is […]

Beijing: A doctor, who diagnosed early coronavirus cases in China, has said that he believes local officials in Wuhan, where the virus originated last December, covered up the scale of the initial outbreak, a media report said on Monday. Professor Kwok-Yung Yuen, who helped to investigate in Wuhan, told the BBC that physical evidence was […] 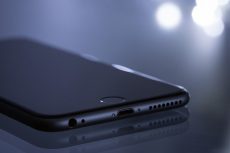 New Delhi: While social media and its troll armies are brutal most of the times, it is also a blessing in disguise for those who wish to just let bad feelings vanish quickly so that things can be brought back on track. This is exactly what happened with Chinese smartphone brands who are now witnessing business […]

New Delhi: India’s premier intelligence-gathering satellite EMISAT, operated by the Defence Research and Development Organisation (DRDO), has taken a good look at the positions of the Chinese People’s Liberation Army (PLA) in occupied Tibet. The satellite which carries Kautilya, an ELINT (electronic intelligence) package whose “capabilities are among the most highly-classified and closely-guarded aspects of operation […] 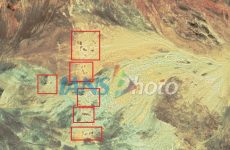 New Delhi/Ladakh: A month and a half after the violent face-off with Indian soldiers along the Line of Actual Control (LAC) in Ladakh, Chinese troops have disengaged but built and retained several news constructions in the Pangong Tso area, as per the latest satellite images. Early this month, both the countries withdrew from the disputed […] 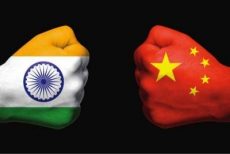 New Delhi: In the 17th round of their meeting to review the situation along the Line of Actual Control in Ladakh, India and China on Friday reiterated to work out a plan for complete disengagement and de-escalation. The two sides have remained engaged in dialogue following the violent faceoff in the Galwan Valley in eastern […]

Moscow: Russia won’t join any alliance aimed against anyone, especially against China, as Moscow and Beijing share special relations, the Kremlin said on Friday. Calling China “our partner,” Kremlin Spokesman Dmitry Peskov told a daily briefing that the two countries have developed “relations of a special partnership”, Xinhua reported. Speaking at the Richard Nixon Presidential […]

Beijing: The Chinese Foreign Ministry on Friday informed the US Embassy in China of its decision to withdraw its consent for the establishment and operation of the American Consulate General in Chengdu as a retaliatory move against Washington’s move to close the Asian giant’s mission in Houston. In a statement, the Ministry also made specific […]