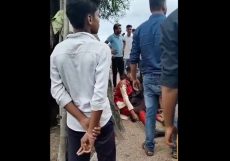 Bhopal | The members of a Muslim family have been brutally beaten up by a mob in Madhya Pradesh’s Chhindwara district allegedly in what is being considered as “an act of revenge”. Wajid Ali and his family members were attacked as he had eloped with a 23-year-old Hindu woman almost a month ago. The incident which […] 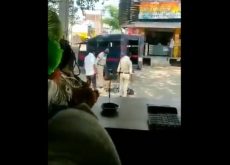 Chhindwara: Head constable Krishna Dongre and constable Ashish were suspended on Sunday after a video of them brutally caning a man went viral yesterday. The incident took place on May 10 in Piplanarayanwar village of Lodhikheda police station of Saunsar tehsil of Chhindwara District in the constituency of former Chief Minister Kamal Nath. After the […]