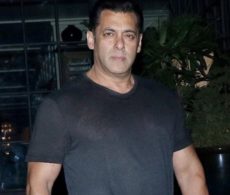 Jodhpur: A court in Jodhpur rebuked Bollywood actor Salman Khan over his absence during a hearing in the blackbuck poaching case on Thursday, warning him it would cancel his bail if he fails to appear in the next hearing on September 27. District Judge Chandra Kumar Songra in the District and Sessions Court (Rural) directed Khan […]