New Delhi: The Popular Front of India, an extremist Islamic fundamentalist organisation which started in Kerala in 2006 as a successor to the National Development Front, has spread its base in Uttar Pradesh and played a major role in anti-CAA violent protests in the state as well as other places, catching security agencies off guard. […] 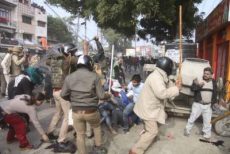 Lucknow: A notice has been sent to attach the properties of 46 people including a former IPS officer accused of indulging in violence during protests against the Citizenship Amendment Act (CAA) here. Police have identified the people on the basis of CCTV footage, after which a notice was sent to them. They include Mohammad Shoaib of […] 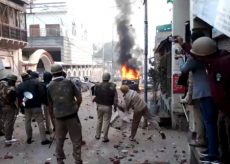 Bijnor (Uttar Pradesh): An IAS aspirant was among those killed in the anti-CAA protest that claimed two lives in last week’s violence in Uttar Pradesh. While the UP DGP O.P. Singh maintains that ‘not a single bullet was fired’ during the unrest, the Bijnor police for the first time has admitted to have opened fire in […]