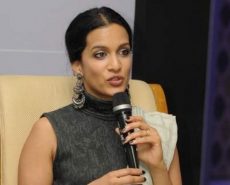 Mumbai: Internationally-acclaimed sitarist Anoushka Shankar has revealed that she “no longer has a uterus” as she had double surgeries last month. Anoushka on Friday took to Instagram and penned a lengthy note, sharing the details about her surgery. “As of last month, I no longer have a uterus. I had a double surgery: a gynaecological-oncologist […]