New Delhi: Crime Branch officials filed a chargesheet in Delhi’s Karkardooma court on Wednesday in connection with the murder of IB officer Ankit Sharma during the riots that broke out in the national capital in February. The chargesheet was filed in the court of Metropolian Magistrate Richa Parihar and the matter will now be taken […]

New Delhi: A Delhi Court on Tuesday sent Haseen alias Salman to judicial custody till March 24 in connection with the murder of an Intelligence Bureau (IB) staffer, Ankit Sharma, during the riots in northeast Delhi last month. Haseen was produced before Chief Metropolitan Magistrate Pawan Singh Rajawat amid high security at the end of […]

New Delhi: Intelligence Bureau (IB) staffer Ankit Sharma, who was killed in recent riots in the national capital, died in shock due to haemorrhage caused by grievous injury inflicted on lung and brain, his post-mortem report stated. Ankit’s body was found in a drain near his home in northeast Delhi’s Chand Bagh area on February […]

New Delhi: Investigative agencies have received a video of the killing of Intelligence Bureau staffer Ankit Sharma from the people of the locality and soon the name of his killer will be revealed, Union Home Minister Amit Shah said in the Lok Sabha on Wednesday. Shah said that after the riots the government put up advertisements […]

New Delhi: A plea was filed in the Supreme Court on Monday seeking direction for a court-monitored SIT into Delhi riots, murder of Intelligence Bureau (IB) officer Ankit Sharma, destruction of places of worship, and also incidents of acid-throwing on CRPF. The plea also wants an SIT probe into destruction of home of a BSF […]

New Delhi: A forensic team on Friday visited the Chand Bagh area to collect evidences from the residence of AAP councillor Tahir Hussain and also the spot from where the body of an Intelligence Bureau (IB) staffer was recovered on Wednesday. The forensic team arrived at the residence of Hussain, a day after Delhi Police […]

New Delhi: Intelligence Bureau operative Ankit Sharma was brutally stabbed to death during the violence in northeast Delhi, the post mortem examination has revealed. The autopsy report states: “Multiple abrasion.. deep cut.. by sharp edge objects.” The panel of doctors, who carried out post mortem, have clearly stated that he was brutally and repeatedly stabbed, leading […] 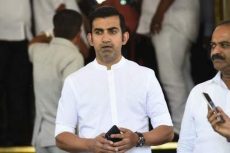 New Delhi: Chief Minister Arvind Kejriwal on Wednesday announced that the Delhi government will give a compensation of Rs 1 crore to the family of head constable Ratan Lal who was killed in violence in northeast Delhi. Speaking in the Assembly, Kejriwal, who had visited the family on Tuesday, said: “As per the Delhi government’s policy, […]

New Delhi: Even as the violence has subsided and an uneasy calm prevails in northeast Delhi, Police on Wednesday discovered the body of a Security Assistant in Intelligence Bureau (IB) from Chand Bagh Pulia of strife-torn area. The deceased has been identified as Ankit Sharma, a resident of Khajuri Khas locality of northeast Delhi. Ankit […]