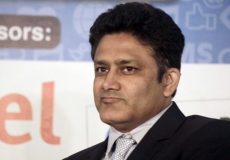 New Delhi: Former India cricketers Sachin Tendulkar and Anil Kumble led the way in paying tribute to legendary West Indies cricketer Everton Weekes after he passed away, aged 95, at his Christ Church home in Barbados on Wednesday. Tendulkar took to Twitter to pay his respects to Weekes and wrote: “Sir Everton Weekes is no more! […]

Bengaluru: Former India captain Anil Kumble on Tuesday joined the bandwagon to help India fight the coronavirus pandemic as the legendary leg-spinner made his contributions to the Prime Minister’s Relief Fund as well Karnataka Chief Minister’s Relief Fund. “To bowl out #Covid19India we all need to come together and fight this battle. I have made […]

New Delhi: It was on February 7, 1999 when legendary Indian leg-spinner Anil Kumble forced Pakistan team to bow before him at the Feroz Shah Kotla, now known as the Arun Jaitley Cricket Stadium. During the second Test of the two-match series, Kumble picked up all 10 wickets and became only the second bowler in […]

New Delhi: Former India captain Anil Kumble on Wednesday thanked Prime Minister Narendra Modi, who, during his annual ‘Pariksha Pe Charcha’ event on coping with exams, has cited the cricketer’s example of playing with a broken jaw against the West Indies in a Test match in 2002. “Honoured to have been mentioned in #ParikshaPeCharcha2020 Thankyou Hon. […] 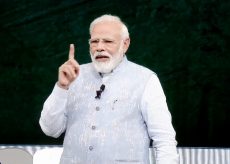 New Delhi: Prime Minister Narendra Modi on Monday gave the example of spin-legend Anil Kumble bowling with injury during a match against West Indies and Rahul Dravid and V.V.S. Laxman partnership of 376 runs in a test match against Australia as the “power of motivation and positive thinking”. While interacting with the students ahead of […] 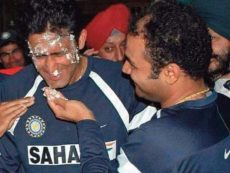 Southampton: On a slow surface, India were restricted to 224/8 by Afghanistan in a World Cup tie, and former greats of the game feel it is now down to spinners to do the job and take the team home. This is India’s lowest first innings total batting all 50 overs since 2010. Kohli struck his […]