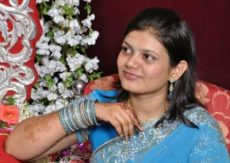 Palghar (Maharashtra) | In a scene out of a crime thriller, a debt-ridden Axis Bank Branch Manager allegedly committed an unsuccessful heist on an ICICI Bank branch, stabbed a woman deputy branch head to death, attempted to flee but was caught caught by locals, police said here on Friday. The incident happened on Thursday around 8 […]