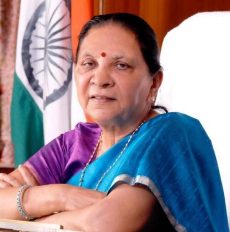 New Delhi: President Ram Nath Kovind on Sunday late evening, has given Uttar Pradesh Governor Anandiben Patel additional charge of Madhya Pradesh, in view of MP Governor Lalji Tandon’s poor health condition. Tandon has been away for treatment in Lucknow, for a while now. He is improving, the Raj Bhavan has informed by quoting a […] 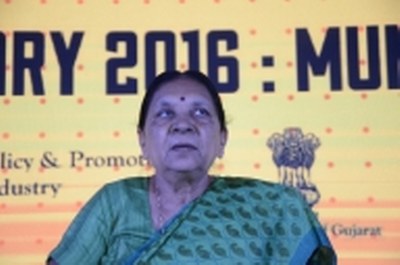 Lucknow: The Uttar Pradesh Raj Bhawan has received a letter threatening to blow up the building if Governor Anandiben Patel does not vacate it in 10 days. The letter, according to Raj Bhawan sources was sent by “TSPC Jharkhand”, an apparent reference to the Maoist group Tritya Sammelan Prastuti Committee. An FIR under the charges of […] 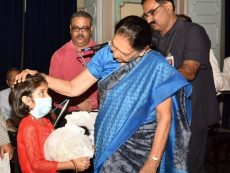 Lucknow: Uttar Pradesh Governor Anandiben Patel has adopted a girl child infected with tuberculosis (TB). Following in her footsteps, the staff of Raj Bhawan has adopted 21 other children suffering from TB. The Governor and other staff members will ensure the children get proper medicine and nutritious food so that they can lead a healthy […]

Lucknow: Uttar Pradesh Governor Anandiben Patel has set a new example in putting an end to the tradition of VIP culture. She has asked the state government to withdraw 50 security men posted at the Raj Bhawan. According to sources, the Governor said that these security personnel would do better to serve the people. Though there […]

New Delhi: In a major reshuffle on Saturday, President Ramnath Kovind transferred Anandiben Patel from Madhya Pradesh and appointed her as the Governor of Uttar Pradesh, besides appointing new governors in West Bengal, Tripura, Madhya Pradesh, Bihar and Nagaland. A Rashtrapati Bhavan press communique said: “The President of India is pleased to make the following appointments. Anandiben […]

Bhopal :  A controversial video of Madhya Pradesh Governor Anandiben Patel has surfaced in social media, in which she is seen giving “vote mantra” to a BJP woman leader, advising her to take up the cause of malnourished children herself, instead of depending on government officers. “These officers do not need votes, but we do,” […]