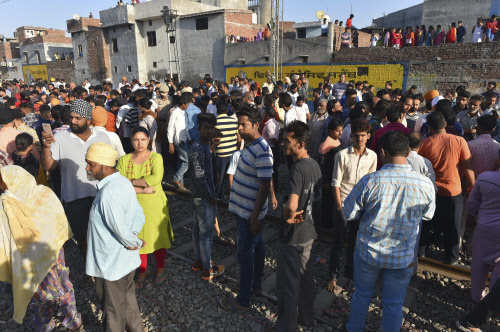 Amritsar : Protests staged by residents here against the Punjab government and the railways after 59 people were killed when a train crushed them as they were watching Dusshera celebrations, turned violent on Sunday leaving a few policemen injured following stone-pelting. The injured policemen, including Punjab Police commandos, were rushed to a government hospital for […]