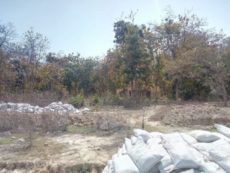 Musafirkhana (Amethi): Thirty-seven years after it was inaugurated by then Prime Minister Rajiv Gandhi, a children’s park here in Amethi lies virtually abandoned. At a stone’s throw distance from National Highway 56, the Kadunala Mrig Vihar Park is in a poor shape, with broken windows and filth littered in and around the area. Also known […]