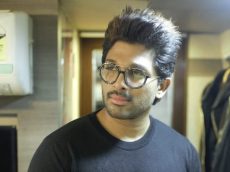 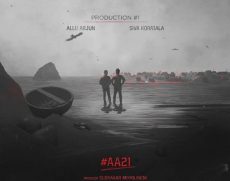 Hyderabad: Telugu superstar Allu Arjun took to Instagram and announced his next film on Friday. The film will be directed by Koratala Siva. Arjun also shared the first poster of the film, tentatively titled “AA21”, on the photo-sharing website. In the poster, two boys can be seen standing near a shore and gazing at a […]

Hyderabad: Telugu superstar Allu Arjun’s follower base on Instagram has hit the seven-million mark. “7 Million followers. Thank you all for the love. Gratitude forever,” shared Allu Arjun on Instagram. View this post on Instagram Thank you for all the Love . Gratitude Forever A post shared by Allu Arjun (@alluarjunonline) on Jun 8, 2020 […] 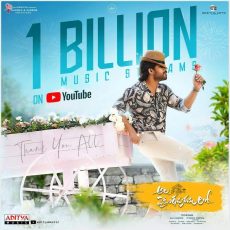 Mumbai: Southern superstar Allu Arjun has a reason to celebrate as the music album of his film “Ala Vaikunthapurramuloo” has reached one billion music streams on their YouTube channel. “Thanks to each & every music lover for making our scintillating audio such a big success. #AVPLMusic. 1 Billion music streams and counting on a single […]

Hyderabad:  Telugu star Allu Arjun has contributed Rs 1.25 crore for the battle against coronavirus outbreak in Telangana, Andhra Pradesh and Kerala. The actor made the announcement through a video message he shared with IANS on Friday. “The COVID-19 has taken the world by storm and changed our everyday lives, but even at times like […]