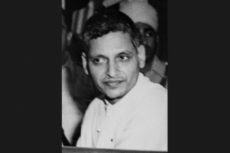 Aligarh:  The controversy over Nathuram Godse refuses to die down. The All India Hindu Mahasabha on Sunday celebrated the birthday of the assassin of Mahatma Gandhi with a “havan” here. A heavy deployment of police was seen at the Bidas compound under Gandhi Park police station where the “havan” was held. The Hindu Mahasabha had […]