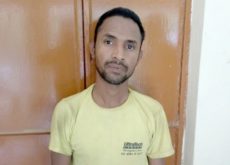 Aligarh: The Uttar Pradesh Police on Saturday said it has arrested two more accused in the brutal murder of a two-and-a-half- year-old girl after her parents allegedly failed to repay a loan of Rs 10,000. Aligarh Senior Superintendent of Police Akash Kulhary told IANS, “Those arrested on Saturday have been identified as key accused Zahid’s […]