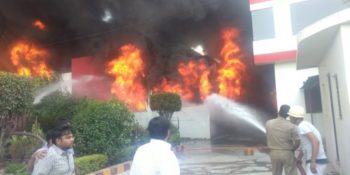 Kanpur :  A major fire broke out in an ink factory in Kanpur on Friday, causing breathing problems in the vicinity and leading to evacuation from the surrounding areas, police said. No casualties have been reported so far.

The blaze that gutted property and commodities worth lakhs of rupees was reported from Crimson Inks Pvt Ltd, owned by Ajeet Kumar Jain.

Workers of the factory in the Panki industrial area of Kalyanpur have been rescued.

Toxic smoke emanating from the chemical plant caused breathlessness and a burning sensation in the eyes of those living in the vicinity, officials said.

More than a dozen fire tenders were at the scene. The cause of the fire was not yet known, an official told IANS. 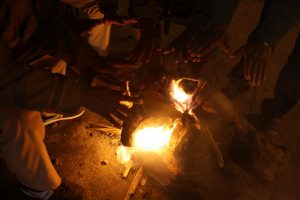