Mumbai :  National Award-winning actor Nawazuddin Siddiqui says that he had to work really hard to get the personality and mannerisms right to play the role of late politician Bal Thackeray on the big screen.

During the trailer launch of “Thackeray” on Wednesday, Nawazuddin said: “Getting the mannerisms, his thought process and internalising his vision to portray the character was very tough and I had to work really hard on that.

“I know that people are talking about my look and the credit goes to the make-up artiste. A good professional make-up artiste can give me the look, but how I am portraying the character depends on how I am preparing for it…I have honestly attempted to do that.”

Sharing the story behind casting him, Sanjay Raut, the writer and one of the producers of the film, said: “I have always liked Nawazuddin Siddiqui’s work, but once I was watching one of his films ‘Freaky Ali’ where he played the role of a golf player.

“When I looked at his face, I thought he could be a choice, but I had to understand if he had the body-language to pull the role. I called him for a meeting at a hotel. I observed his walk and body language…that moment I decided that he would play the character.”

“I chose him within two minutes I can say…in the same way, I chose Amrita (Rao) for the role of Meena Tai Thackeray. We selected our team very fast,” mentioned Raut.

The film is based on the life of Shiv Sena founder Bal Thackeray.

Filmmaker Ram Gopal Varma had made a film titled “Sarkar” on a fictional character of a politician. One can see a similarity in the image of that character with Thackeray.

Asked if the film can be compared with “Sarkar” that had megastar Amitabh Bachchan, Nawazuddin said: “I don’t think anyone can overshadow someone because an actor has his own style and method of performance.”

Directed by Abhijit Panse, “Thackeray” will be releasing on January 25. 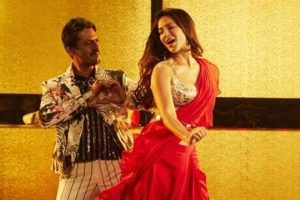 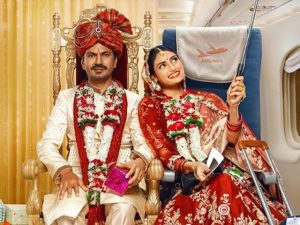 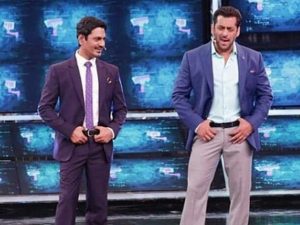