Kolkata: Nine Trinamool Congress (TMC) councillors of the Kanchrapara Municipality in the North 24 Parganas district of West Bengal, who had defected to the Bharatiya Janata Party (BJP) after the Lok Sabha elections results, returned to the state’s ruling party on Saturday, allowing it to regain control over the civic body board.

The development comes two days after five Kanchrapara councillors returned to the Trinamool fold, taking the party’s tally to 19 in the 24-seat municipality.

Welcoming the councillors back, Abhishek Banerjee, Trinamool Congress MP and nephew of West Bengal Chief Minister Mamata Banerjee, claimed the BJP had forced the civic representatives to switch sides by intimidating them but could not hold on to them for long.

“Today nine councillors, including the municipality chairman and vice-chairman, have come back to our party. This takes the tally of Trinamool Congress councillors in Kanchrapara to 19,” Banerjee told reporters at the party headquarters here.

“The councillors said they were forced to join the BJP after the Lok Sabha elections results. We are happy to take them back as they are old soldiers of our party and they are synonymous with Trinamool,” Banerjee said.

The Trinamool had 12 councillors in the 23-member Halisahar municipality board after the return of eight of them. “Today one more councillor – Mrityunjoy Das – returned to the party. We have the majority with 13 councillors in Halisahar. In the coming days, Trinamool will run the boards of both these municipalities,” he said.

Halisahar and Kanchrapara are the home turf of senior BJP leader Mukul Roy, once the right hand man of Mamata Banerjee. The two municipalities also fall in the Bijpur Assembly constituency, whose two-term MLA Mukul Roy’s son Subhrangshu Roy also defected to the BJP after the 2019 election results.

Taking a swipe at Mukul Roy, Abhishek Banerjee said he should refrain from calling himself a national leader and should dare not to talk to the Trinamool Congress MLAs as he has failed to hold on to the councillors from his locality.

“He cannot even hold on to the councillors from Halisahar and Kanchrapara. He is talking about being in touch with 160 Trinamool MLAs. If he has shame, he will not dare to talk to the MLAs of other political parties after today’s development,” Abhishek Banerjee said. 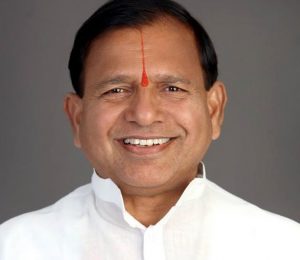